Facetune Is The App Celebs & Influencers Edit Photos And Selfies 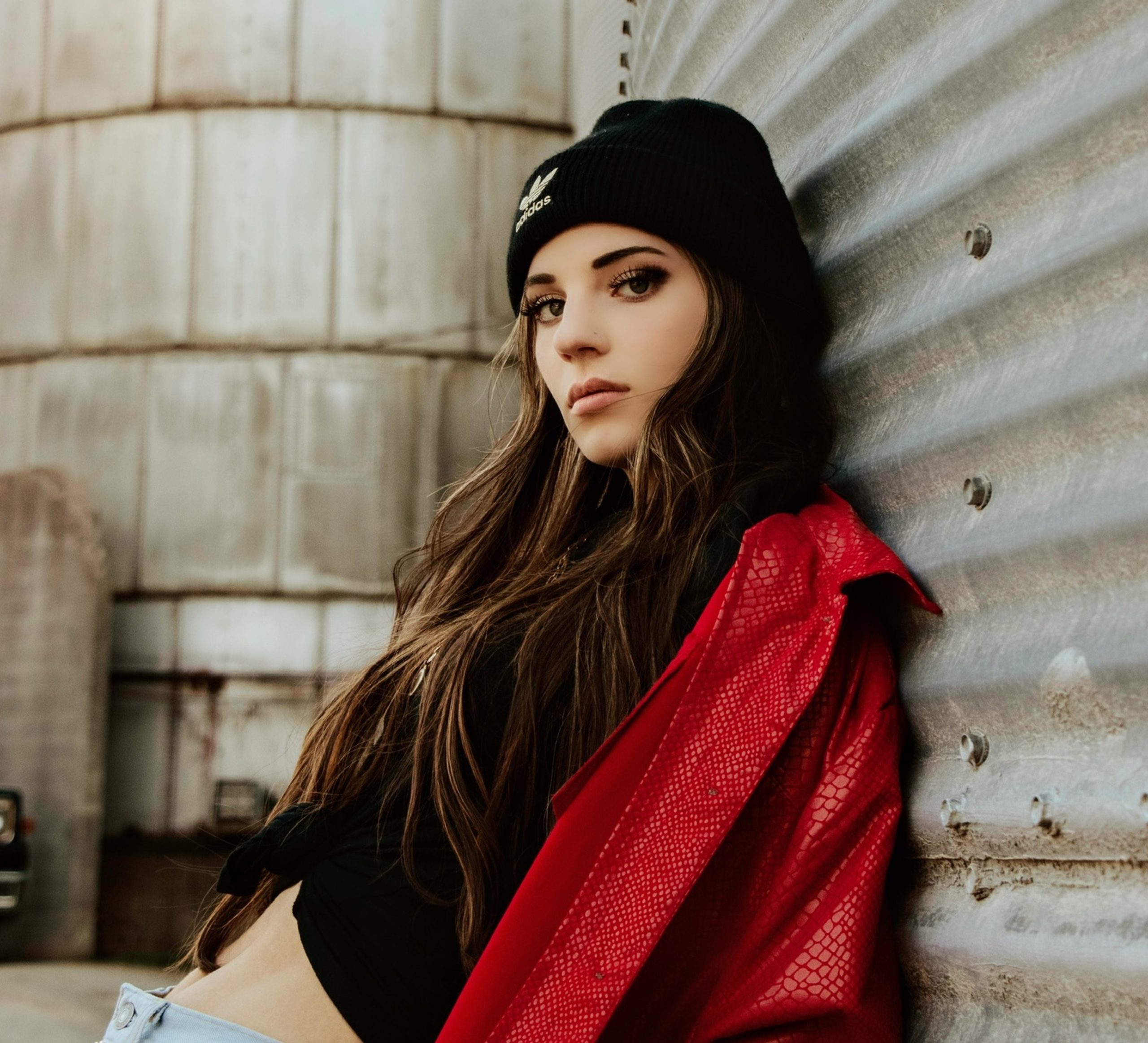 The world would look so different without the technological elixir (miracle?) that is Facetune. In fact, let's keep it real, influencers' Instagrams would look soo different had Facetune never popped up on the App Store in 2013. Today's Facetune2 keeps us looking our sparkling best even on those days when it feels like we fell out of bed on the wrong side.

In this wonderful world full of beauty and opportunity, we all get to look fire with a little tweak there and a tiny touch up here, or an extreme glow up, when that's what we want. And it is our modern day gods and goddesses of the 'Gram who we look towards for guidance and inspiration. How refreshing it is to learn then that just like us, but these famous and infamous beings also rely on Facetune2 to keep their shine shining bright and their IG on fleek.

Let's take a closer look at…

How Influencers Are Editing Their Photos

Makeup artist and beauty vlogger Nikkie de Jager, AKA Nikkie Tutorials, has been famous for her makeup tutorials since she exploded on the vlogging scene in 2015. Nikkie is not afraid to keep it real, and has inspired her millions of followers and fellow vloggers alike to go not only full-face makeup, but also totally makeup free on social media. What's more, she partnered with Facetune and indulged in some realness to actual share a play-by-play of how she (and every one else in the beauty industry) uses Facetune2 to upgrade her makeup looks. Turns out she spills not only her secrets, but her friend James Charles' secrets as well.

Peak Facetune heaven arrived when two of the biggest YouTube stars in the beauty/make up sphere come together in a Facetune battle. At the end of an emotionally intense battle, the spoils were shared, with sister James claiming a better job done on the face, while it was mutually agreed that sister Nikita killed the body. Fair, she was using Facetune2 while James was using the original version, so she had an advantage before they even started. This is the video that inspired Nikkie Tutorials to switch from Facetune to Facetune2, and there is actually so much flare on show in this video that it's hard to focus on the screen. This was the one Facetune video tutorial that got the whole world talking about what too many were previously too afraid to admit: you need Facetune in your life, people!

In this video, YouTube beauty star Manny Mua walks his followers through how he optimizes Facetune to look his best across all of his social channels. This extensive tutorial from Beauty Guru Manny is a great sneak peek into how to do Facetune right. Manny's video came out the day after James and Nikita's epic Facetune battle. Coincidence or not, who cares?

The queen is back on this list, this time by herself and showing us mere mortals how to go from drab to fab using the Facetune app. James is the self-proclaimed queen of Tune, and this video was shot even before he paired up with Nikita, revealing some of the secrets to his mastery, particularly with his use of Tones.

James believes photo editing is an art form, and after viewing this video, there's no way you won't agree. Watch as he shares the love for his artistry with some awesome Tunes of some of his loyal followers' selfies.

They say that imitation is the greatest form of flattery and here the lovely, real, and rather potty-mouthed Katelyn proves this with a Facetune tutorial inspired by James and Nikita's Facetune battle. By bringing together the magic from both queen bees, Katelyn first breaks down some body tweaking and then focusses on how to make the likes soar up on those selfies with some expert Facetune2.

This English damsel shows us how things are done in the land of The Crown. Ms. Mae has 5 million followers on Instagram, and in this vlog she lets us in on how she uses Facetune to keep her followers smashing that like button on a daily basis, including a pro trick on how to use the Patch tool to patch away a forgotten phone charger that has no place in the background of her selfie. Genius! If such a picture perfect 'Grammer is using the Facetune app to amplify herself, you just know that we all should be getting our Facetune on, too.

In this wickedly glam video, Clawdeena shows us how you can go full fairytale with the help of Facetune2. If you never wanted to look as smoking as Ariel from Little Mermaid, you lie. It might not be your every day walk-around look, but you can definitely find a time and a place for this. A girl's gotta have fun, right?

Haters gonna hate, but influencers are on a mission to glow up their world, and ours. Here the gorgeous Maral Abadin lets us in on some of the secrets of the influencer trade with her breakdown of how she helps some important friends look their best on the 'Gram. Maral also gives us a full step by step master class on how to Tune using one of Facetune 2's demo photos. A revelation!

You have your influencers, and then you have your OG influencers. Gigi is definitely the latter. In fact, Gigi is such a queen that she was showing Facetune love more than 5 years ago, long before Facetune2 was even a thing.

Gigi gets a bit of stick for her love of the Tune, but like all bosses, she just rides out the bad vibes. Laughing right back in the faces of all those people whose hate and envy leave them looking so sad and ugly, Gigi is living her best life and looking pure fire while she does it! So much so, she posted yet another video 3 years later about the app she's still obssessed with.

This wee lassie from the Emerald Isle gives us a stripped-down version of how anyone can use the Facetune app to turn those Instagram uploads into viral sensations. This cool little vid shows us how to make those Instagram selfies pop off the screen with just a few minor tweaks. So delicate that it almost didn't happen. Except it did, my dears. It truly did.

We can't all be James Charles. In fact, the world is only just big enough to contain all of the marvellousness that is one James Charles. If there were two, the entire universe itself would probably just big bang itself out of existence. Hayley here is the perfect example of how Facetune levels the playing field for each and everyone one of us.

And thanks to her, we will survive with one Queen Charles. Hayley gives us a snarkily wonderful tutorial on how mere mortals such as ourselves can use Facetune to turn us all into IG models.

Another video inspired by James Charles' adventures in Facetune, this Brit pulls back the curtain and lets us see how she goes from bare to flare when adding photos to the 'Gram. The fact this perfect queen really needs no tuning at all (I hate her) is yet another excellent example of how Facetune truly is an art in and of itself. If you know, you know.

That accent, OMG! Anyways, Abby gives us a detailed breakdown on how she uses Facetune to get her photos up to a professional standard. Facetune is such the rage that Abby says this was her most requested video ever. Surprised? Well, the app's got over 150 million downloads, so I guess everyone wants to learn to use it as good as the Kardashes do.

Oh la la, Houston we have a problem. If looks could kill, this one would be a stone-cold assassin. What she is saying is, well...beyond me. Luckily, Oceane does us all a favor by explaining in the title that her particular adventure in Facetune is a "big fail". She wants to look like a Kardashian but doesn't get it quite right. As many of the great and good (me) have said before, Facetune is an art form in itself. The proof is in the video.

How Celebs Are Editing Their Photos

There are rules to this thing, you know? Chrissy T certainly does, and she has no problem in calling out the wife of one particular man. "Tune one, Tune all" should be the commandment, but this is clearly not something Callista Gingrich pays much heed to. Callista is well, infamous for getting her own Tune on, in the most hardcore of ways, but then leaves poor old Newt hanging in their his and hers selfies. Never one to miss a chance to lay the smackdown on those who deserve it, Chrissy posted this hilarious reply on Twitter. She's even gone so far as to show dear Callista how it's done. Oh, snap!

Now you know Kris only meant the very best with this, but it turned into a bit of a fail when her co-star in the post then goes and posts the same photo only without the Facetune magic. Hopefully next time she'll share her handy work in a DM with Gordon before he goes and posts the shiny unedited version.

If you're not convinced, here's Gordon's version of the photo. Spot the difference? Yeah.

The Kardashians basically reinvented the internet, and one, in particular, has had no problem admitting just how much of a help Facetune has been to her over the years. Sometimes the world has something to say about it, but Khloe marches fearlessly on.

KK remains more than happy to tell the whole world that Facetune is so important to her that it is, in fact, "the only way to live." We salute and love you too, oh great one. All hail Queen Khloe!

We said it at the start, and we'll repeat it now: let's keep it real! This time the words are inspired by uber-celeb Busy Philipps. Busy recently made waves when telling her followers how some days all you need is to "Facetune the shit out of your photo!" What was sweet about this particular confession was that Busy shared said Facetune adjusted image right next to the original. The bare naked selfie she shared really showed the world who she was, and that takes some real cojones, chica! Raw equals respect. Proud to call you one of our own, Busy.

Obvi, this list would not be complete without Tana. Oh, Tana! Tana bounces from scandal to scandal, refusing to let the world forget her, or cancel her - no matter how many times she slips into controversy. And she does it all with a never-ending feed of flawless photos. Want to hear what she really thinks about Facetune2? Have a listen to an episode Alex Cooper's hilarious Call Her Daddy podcast while you're at it, or FF to 10:25 to hear Tana talk about her long history of Facetune experiences.