The Not-So-Official History Of The Selfie 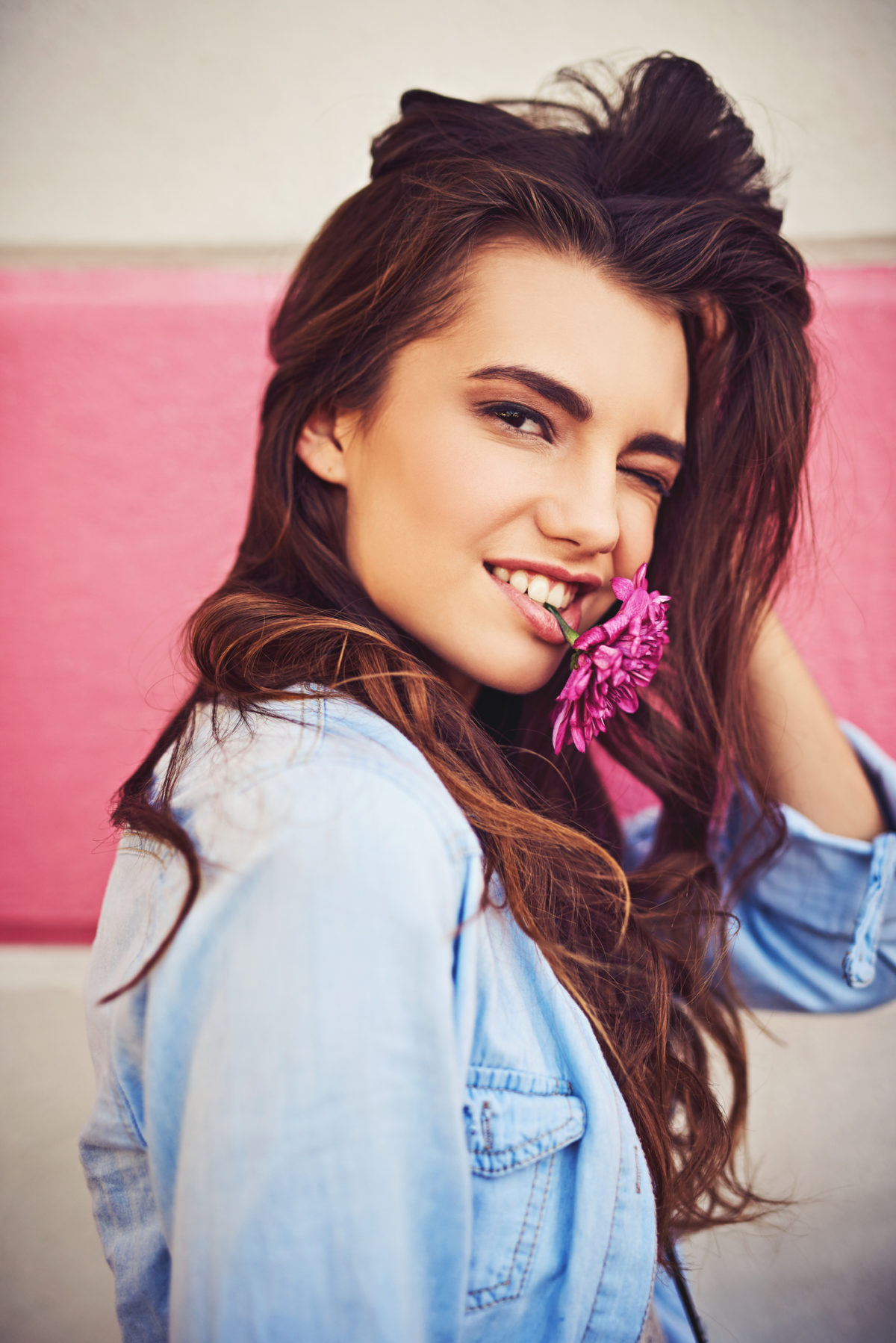 Selfies: love ‘em or hate ‘em, they’re a mainstay on our screens. You can’t open Instagram or TikTok without seeing someone preening in front of the camera.

And hey, few people are immune to the (tad egotistical?) allure of the selfie. Everyone from Gen Z teen influencers to sassy grandmas is sharing their selfies with the world.

With so many technological innovations, we’ve transformed the selfie into a staple of our social media diet.

On the surface, selfie culture seems as self-obsessed as Joe Exotic. But there’s something inherently powerful and human about saying, “Hi. This is me. Here I am!” For many people, sharing selfies is a form of protest, empowerment, and self-expression.

Or, you can use it to show off your wicked abs in the infamous gym mirror selfie. It goes both ways.

At their core, selfies are about representing yourself in a positive light and feeling good.

But how exactly did selfie culture start? When was the first selfie, anyway?

Believe it or not, selfies actually have a long history. Our journey to today’s selfie culture starts before the American Civil War.

In 1839, chemist and amateur photographer, Robert Cornelius, took the world’s first known selfie. (Surely, he hadn't yet read our guide on how to take a good picture of oneself).

Keep in mind that selfies weren’t a simple matter of preen, tap, and snap like they are today. Our pal Rob had to use copper plates and chemical treatments in a hardcore process to take just one selfie.

Oh, and he had to sit in front of the camera for 60 seconds to take the photo.

Although people have been trying to show themselves off for hundreds of years, this is the first selfie taken by an actual camera.

P.S. Can we talk about Robert’s smoldering gaze? Dang. He was the original Blue Steel.

Poor Robert Cornelius had to use a pretty bulky, complex system to take that first selfie.

Kodak rolled out its Brownie Box camera in 1900 to fix that problem. While it’s still huge compared to today’s cameras, the simpler setup meant people could take their own photos with less hassle. It was also more affordable.

Anastasia Nikolaevna, the famed member of the Russian royal family, took the first teen selfie. At age 13, Anastasia did her best version of Duck Face to take a selfie in the mirror, which she then mailed to her friend. Like, in an envelope.

It’s a very, very old version of Snapchat, basically. It also shows that mirror selfies have been with us for over 100 years.

Cameras and technology improved significantly over the next few decades. Kodak rolled out its signature Polaroid camera in the 1950s, which gained mass popularity in the 1970s.

This was a game-changer for the world of selfies. Kodak was the first affordable camera that could instantly snap and produce photos. Yes, it literally printed out the photos, but it was a step in the right direction. People didn’t have to wait to get film developed to see what their pictures looked like.

While cameras were having a renaissance of their own, mobile phones started becoming available in the early 90s. Technically speaking, IBM built the first “smartphone” in the early 90s. It was still gigantic by today’s standards and only rich businesspeople could afford them.

But yes, it did exist.

2000: Smartphones connect to the internet

Mercifully, the blocky smartphones of the 90s gave way to cell phones that could fit in (large) pockets by 2000.

‍This was the year that cellphones finally connected to wifi. Of course, it was insanely expensive to do that on 3G, so it still took several years for internet-connected phones to become affordable for us regular folks.

We can thank the Aussies for inventing the word “selfie.” In 2002, a drunk Australian man coined the term online after describing a wild night on the town—and the term sunk into our public consciousness for good.

Now, at this point, most folks were using point-and-shoot cameras to take selfies. You still had to run a cable from the camera, connect it to the computer, and upload the selfie before sharing it (shudder).

Nokia, the beloved manufacturer of brick phones designed to outlast the apocalypse, was the first company to add a camera to their phones. This was a step in the right direction, but the camera faced outward, so you couldn’t comfortably take a selfie just yet.

This made it waaaay easier to snap a quick pic of yourself. Fortuitously, MySpace was created in 2003, too, so you could finally share those selfies of your cargo pants and fedora with friends.

These phones had a poor user experience, though, so while some people used front-facing cameras in 2003, they weren’t massively popular yet.

While celebrities have been taking selfies in some form, 2006 gave us this gem of a selfie with Paris Hilton and Britney Spears. It got tremendous traction online and was an early inkling of celeb selfie culture.

2007 was a big year for selfies with the introduction of the iPhone. The iPhone ditched old notions of button-heavy cellphones and turned them into a miniature computer in your pocket.

2010: The iPhone embraces the front-facing camera

Not to be outdone by other smartphones, the iPhone introduced the front-facing camera in 2010. This FINALLY allowed you to see yourself while taking front-facing photos.

Steve Jobs (laughably) designed this for video calls, but it quickly became a mainstay of gym mirror selfies across the globe.

Instagram came into being but, at first, didn’t allow hashtags on the platform. However, in January of 2011, the first #Selfie came out on the platform. Kim Kardashian quickly becomes the Selfie Queen and made us realize our selfie game was weak.

The problem with selfies was that they sometimes exposed less-desirable traits. Social media users took selfies to boost their confidence, but they weren’t always happy with what they saw in the camera.

Meanwhile, celebs like Beyonce came out looking perfect on the camera. How could we mere mortals expect to compete with Queen Bey?

Facetune appeared for the first time in 2013, giving people the power to adjust their selfie size, shape, and smoothness before posting. Basically, it gave us regular Joes the power to Photoshop and retouch directly on our phones -- treatment every celeb has been receiving for years.

The purpose was never to explicitly deceive or cover-up, and resulted in everyday people feeling more confident and comfortable as they posted selfies. Facetune gave us the ability to control our image and to celebrate each other’s #GlowUps.

By now, our selfies are looking fabulous. And talk show host Ellen only added fuel to the selfie culture fire. In 2014, she snapped a star-studded selfie at the Academy Awards that went viral.

I mean, look at the star power in that photo.

Ellen also encouraged the use of the word “selfie” by tagging the photo with #Selfie.

This image single-handedly broke Twitter for a day, btw.

2015: The selfie stick is unleashed on the world

Selfie sticks got a thunderous reception in 2015. It split people down the middle, creating plenty of detractors as well as a huge fanbase. With the selfie stick, people were able to take photos without their arm going off-screen. It also meant you could get better angles or include a cool background in your selfie. Not bad, eh?

Lightricks, the company behind Facetune, reintroduced an augmented version of its software in 2016. This upgraded version allowed people to edit their photos before even snapping the selfie. Facetune2 helped millions of people across the world brighten and smooth their images for Instagram perfection.

2019: Selfies are a part of internet culture that's here to stay

As of 2019, selfies earned their place as one of the most popular types of social posts on the planet. It's no longer unusual to pose for selfies in public places, ask for them at celeb meet and greets, or snap a selfie while hanging with friends.

We couldn’t have the selfie of today without technological improvements. The selfie went from a labor-intensive process with chemicals and a lot of BS to just a few taps on a screen.

With an average of 93 million selfies posted every day (and 1 every second on Instagram), it’s clear selfies are part of our social media existence. In 2020, we even have a National Selfie Day!

Now, are selfies good or bad? Maybe it’s a mix of both.

Whether you specialize in the art of taking a perfect selfie or can’t stand them, it’s a human phenomenon fueled by culture and connection, with an assist from technology.

They’ve been with us for hundreds of years and show no sign of stopping. So buckle up, because the selfie is just part of being human on the internet.